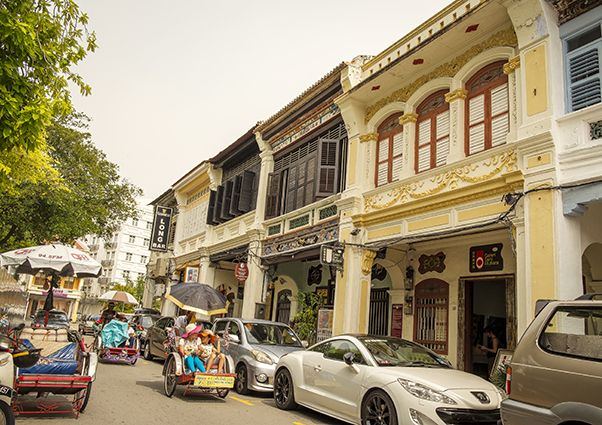 The world-renowned ‘Street of Harmony’ reflects the influence of the diverse communities that have made Penang their home. At only 2.5sq km, the George Town World Heritage Site is compact enough to be explored on foot, bicycle or trishaw.

According to UNESCO, the city represents an exceptional example of a multicultural trading town in Southeast Asia, forged from the mercantile and civilisation exchanges of Malay, Chinese, Indian and European influences. 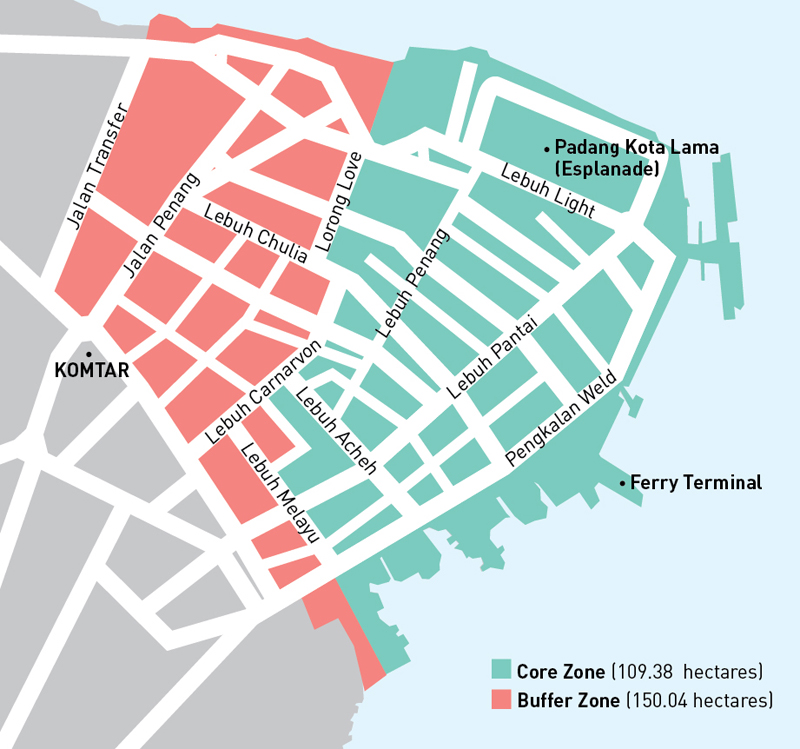 The Core Zone is protected by 150.04ha of Buffer Zone (not including sea buffer), bounded by a stretch of sea area around the harbour, Jalan Dr Lim Chwee Leong and Gat Jalan Prangin to the south-west corner and Jalan Transfer to the north-west corner.