If you drive or walk too quickly, you will surely miss Kampung Siam. Sitting in the shadow of Pulau Tikus police station, the diminutive village is located off Jalan Burma. The only indication of its presence is a local coffeeshop located next to it with protest posters that suggests a complication that brews within Kampung Siam.

The past month has been a challenging one for the 200-year-old Siamese village. Last October, Kampung Siam was slapped with an eviction notice and RM30,000 compensation per household by landowner Five Star Heritage to give way for a hotel project[1]. Apart from the 17 houses that are threaten with demolition, the land dispute also had a Siamese cemetery and a Burmese temple involved[2].

In reality, the land, where Kampung Siam sits on, was in fact 'given to the Siamese and Burmese settlers by the British in 1845 and was held in trust but was sold without their knowledge[2]'.

Soon after, news headlines ensue as well as meetings with local heritage conservationists and the state government to save the last Siamese village in Penang. Kampung Siam is doing all they can, in a bid to save the traces of Thai culture and traditional practices on the island.

History of Siamese Village
Traders and settlers from Southern Siam swarmed this island state to cash in on our natural resources in the late 18th century. This has inadvertently shaped our melting pot of communities from China, India, Arab and Europe. Siamese communities from Southern Siam follow suit to seek better living and job opportunities[3].

At the dawn of the 20th century, Penang continues to host arrivals of important royal visits and politicians-in-exile from Siam. For example, Thai’s first prime minister Phraya Manopakorn Nititada was forced into exile after the coup d’etat in Bangkok in 1932. He resided in Penang until his death sixteen years later[4].

Today, his former residence can be seen on Burma Lane. Jalan Mano is also named after prime minister Manopakorn. Aside from that, stunning Thai temples such as Wat Chayamangkalaram temple on Jalan Kelawei and Wat Sawan Arun on Jalan Perak are evidence of our close historical ties.

Village patriarch speaks
The Aroonratana was one of the many Siamese families who moved to Penang during the days of the British administration, in hopes of seeking a better life for the family. Mai Chandee, the real patriarch of the family, arrived to Penang from Songkhla in Thailand. ‘I wasn’t born yet when my father Mai Chandee arrived here. He was the town’s medicine man and the true predecessor of menora dance in Penang before he handed down to me,’ said Noo Wan Aroonratana who is the village’s current patriarch. ‘My father would led the menora dance troupe and they would perform in the nearby temples until 1949 when he passed’.

At age 91, he still speaks fondly of the Thai traditional dance. 'I taught menora for 40 years before I passed it down to my cousin who lives in Butterworth,' prides Noo Wan who was honoured with the Penang Heritage Trust - HSBC Bank Living Heritage Treasures of Penang award in 2007.

Noo Wan has been staying in Kampung Siam for five generations and today, his grandchildren lives with him too, who also speaks fluent Thai and Hokkien. 'Where would I go? I've been given a compensation of RM30,000 but where can I stay? That's why I'm seeking the state government's help on this' opined Noo Wan who is more comfortable staying in Pulau Tikus, thanks to the accessibility to shops, clinics and places of worship.

There's no place like home
For husband and wife Win Yar Aroonratana and Man Foong Chee, Kampung Siam feels like home away from home where they built and raised their family. 'It means a lot to us,' said Man. 'My husband (Win Yar) was born here. According to him and my father-in-law (Noo Wan), this place used to have a lively kampung atmosphere with lots of fruit trees and a duck pond'.

The village's close proximity to the temple also means that performing and reliving their traditions are within reach. 'Every year during the Loy Kratong and Songkran, my father-in-law would perform the menora accompanied by a group of Thai musicians who play classical music,' remembered Man. 'After that, we would perform prayers and make offerings in the temple'. Through the years, their strong religious faith is still intact, more so with religious statues placed in their main living hall.

Just like the rest of the villagers at Kampung Siam, Win Yar has high hopes that they would continue to stay on the land. 'We hope to stay here because of the close proximity to the temple. It's important to practice our culture and share about the history of Siamese community to others,' he said before Man added that it would be heartbreaking for her father-in-law to move out especially at his old age. 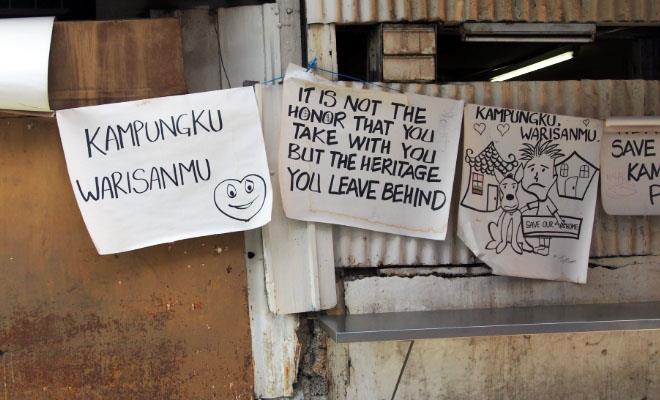 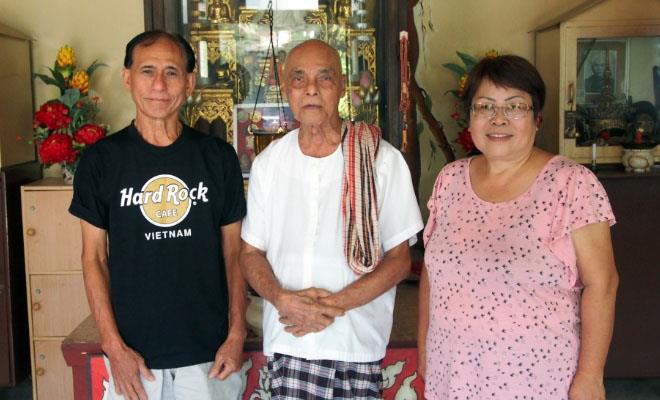