Within the Caledonia House's decayed walls from continuous years of neglect lurks a wealth of history and mystery. Located on the Byram Estate in Nibong Tebal, this 158-year-old mansion is known as the 99-Door Mansion due to the odd arrangement of five to six doors fitted into each room.

Unsolved Murder Mystery
According to social history researcher Clement Liang, the mansion was once owned by one of the richest families in the United Kingdom and was built in the 1840s by the British settlers. The Ramsden family was known for managing a great deal of estates that went through the change of sugar cane to rubber to palm oil during the changing tides of the 19th century plantation economy. Formerly an administrative office, the spacious structure of the mansion comprised of 10 rooms, a balcony, a dance hall, a living room and a kitchen.

Aside from playing a role in Malaya’s economy growth, today, the 99-Door Mansion has a murder mystery to share. Leslie A.K. James who has dedicated his time to research about the mansion for Penang Heritage Trust1 told of how its owner John St. Maur Ramsden who once served as the managing director of the Penang Rubber Estates Group was murdered in 1948. He was shot twice in the back of the head as he was going upstairs in his bungalow at the Caledonia Estate1. Even after a series of court trials the murder remained unsolved till today and the mansion was left unattended since 1960s. 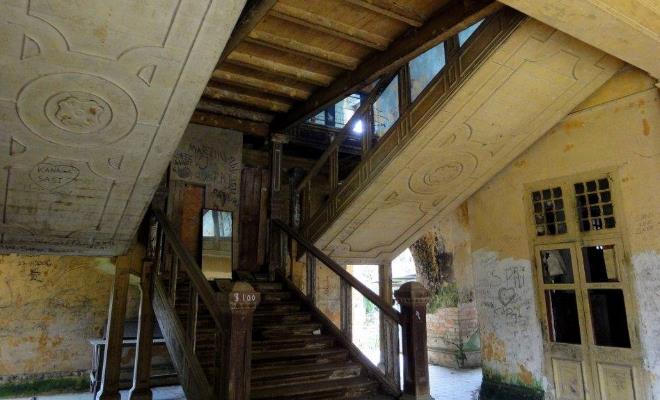 Present day conservation
Over the years, Penang Heritage Trust and Majlis Perbandaran Seberang Perai have pushed for conservation efforts in recognizing the century-old Caledonia House as a heritage site. However, the mansion is still neglected, sitting on a private property. Today, S.J.Lee owns the Byram Estate where the abandoned mansion is located and managed by caretaker S. Muniamah.