The Butterworth Fringe Festival is an annual event that first occurred in 2015 during that year’s George Town festival. It is a public and free street event celebrating art, heritage and culture, aiming to promote the development of both local and international art and putting the spotlight on the mainland Penang community of Butterworth.

In 2016 and 2015, the Festival included music, exhibitions, workshops and more.
In 2017, the Festival will be held over the weekend of August 12th and 13th, from 5pm until 11pm each day, at Jalan Jeti Lama. It has expanded further to include 35 events, promising exciting and family-friendly entertainment, including acrobatics, comedy street art and of course, plenty of food stalls.

Street acts include Jack Flash, a comedy routine involving knife juggling skipping, and a handstand finale performed 3.5 metres above the ground; The Great Dave, whose speciality is juggling crockery, The Chaplin Show, in which a talented mime imitates the on-screen legend to hilarious effect. And JP, an Australian artist who brings medieval axes, cute cuddly toy koalas, and comedy chaos together to a powerful display of skill and improvised performance.

Penang’s own Euphoria Dancers present a cross-cultural outdoor performance by Zamzuriah Zahari and Liu Yong Sean, inspired by a local tale of a Butterworth fisherman. And Sarawakian singer Pete Kallang, best known for his soulful voice and joyful persona, will be on hand to entertain too. 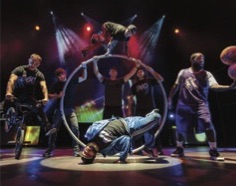 The Australian 360 Allstars, was a sell-out show at both the Adelaide Fringe and the Edinburgh Fringe Festival. In Butterworth, like the other events, it is free of charge. The show is all about going round in circles, as performed by break dancers, bikers and basketball freestylers.

A Simple Space, who are also performing at the George Town Festival’s main stage at Dewan Sri Penang, will also offer a taster of their extraordinary acrobatic skills and engaging humour at the Butterworth Fringe on Saturday August 12th. 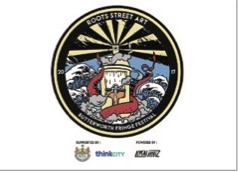 Roots Street Art returns this year with a 20-hour marathon wall art competition by selected artists, and a number of art workshops. Market stalls include a collective of more than 10 independent Malaysian publishing houses, selling publications that cover all genres in both the English and Bahasa Malaysia languages.

On Sunday 13th August, Say It Like You Mean It, a Penang-based organisation which mentors and encourages original music, poetry and comedy performances, is holding two workshops and a show. The first workshop, on Poetry and Pain, is from 10am to 12pm, and is designed to help new writers to access their experiences and express them through poetry. The second, from 2pm to 4pm, is an Introduction to Comedy, to guide would-be comedians on how to write and tell jokes. The evening offers Buttercan Presents Ghee, from 6pm to 8pm, with original music, comedy, poetry happening in an unassuming little Kopitiam (Kedai Makanan Ho Ho, no. 1, Jalan Bagan Luar 2).  For more information contact danny@sayitmeanitpenang.com.

The main schedule of events is as follows:

More information on other performances and workshops can be found at http://butterworthfringe.com/wp-content/uploads/2017/08/BFF2017_Brochure.pdf