Songkok is a traditional headwear won by Muslim men during important religious and festive occasions in Malaysia such as Hari Raya, weddings, official functions and weekly visit to the mosque. At a young age of 24, Mr Haja Mohideen took a leap forward by taking over his father’s Songkok making trading, Kedai Songkok OSM Mohd Shariff in George Town. Since then, Mr. Haja’s daily routine was to join his dad at the shop after school. Thus, he naturally took after his dad’s talent and passion, which eventually strengthen his skills and aided his journey in building a career in this field.

Mr. Haja’s Songkok shop is located in an alcove next to the Nagore Shrine in George Town. Up till today, Mr. Haja travels to work by bus daily, bringing with him a packed breakfast from home. At work, Mr. Haja looks forward to meeting and communicating with passer-by and customers who are waiting for their songkoks to be done. Being situated right in Little India, Mr. Haja enjoys listening to Tamil music played by neighbours and along the street.  At midday, he will cook himself a simple lunch at the shop before heading off for his routine prayers. During this time, Mr. Haja will shut his shop for a short while. 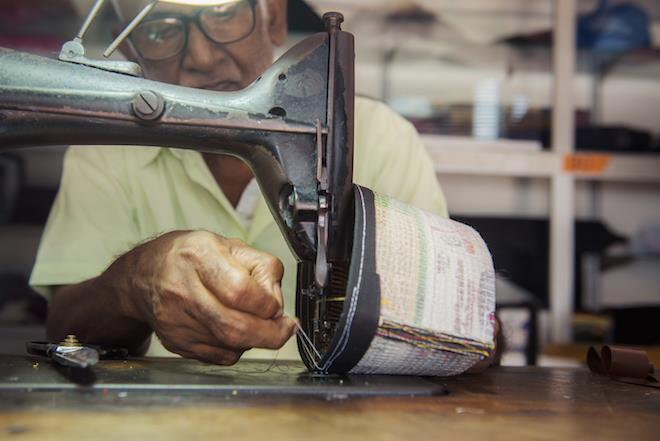 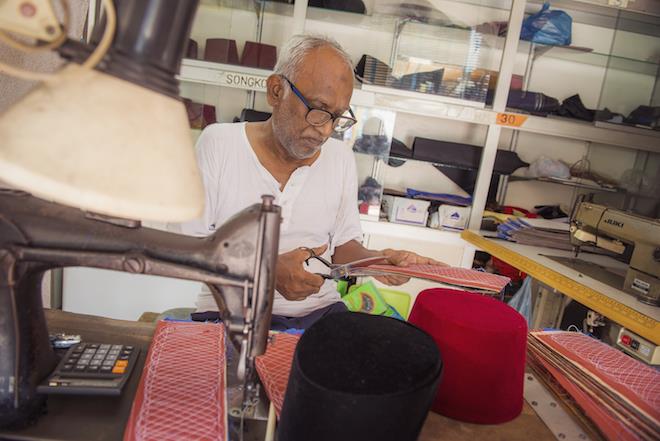 Other than himself, Mr. Haja is lucky to have his one and only son-in-law who shows interest in songkok making, and is willing to help him in the business. Throughout these years, Mr. Haja have received customers from all over the world, for example, the USA, Africa, Dubai, Singapore, as well as many loyal and regular local clients. Other than orders from tourists visiting Penang, Mr. Haja often receives large orders from international and local clients for special occasions and weddings, as well as occasional orders from local government organisations.

Mr. Haja masters in all types of songkok but the most sought-after of his products is Songkok Melayu. According to Mr. Haja, this is because Songkok Melayu is new to foreigners and different compared to the songkoks available in their countries. It takes Mr. Haja only a mere 2 hours to complete a songkok and he would usually sew between 7 to 10 songkoks a day. Mr. Haja’s songkoks are very reasonably priced, ranging from RM15 to RM25 each. A comforting and encouraging support for Mr. Haja is that from the start of his business, he has never received any complaints concerning quality, price nor material for the songkoks he has created. He is determined to provide and fulfil his client’s wishes and demands, creating their songkoks following their preferred designs, sizes, colour and whatever else that’s requested. Mr. Haja’s songkoks are of high quality. It is to the extent that his customers are always surprised when they are informed of the price comparing to the product they receive, and till this day, no one has ever bargained for a lower price. All his songkoks are made using velvet to prolong its durability. Mr. Haja makes songkoks as small as 16½ inches for babies. To maintain his styles and quality, Mr. Haja is especially particular about each songkok’s design, measurement and the process of cutting and stitching them. 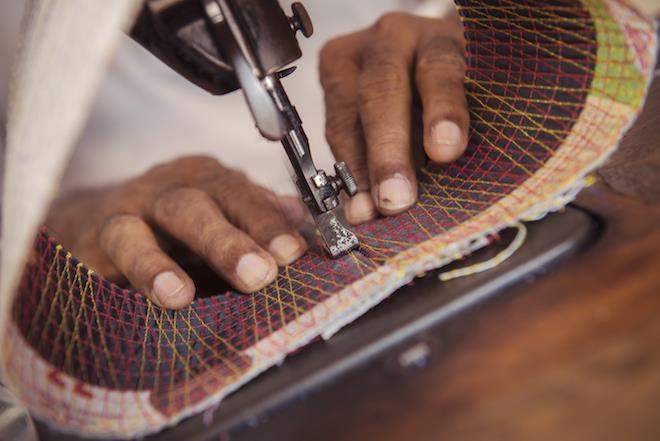 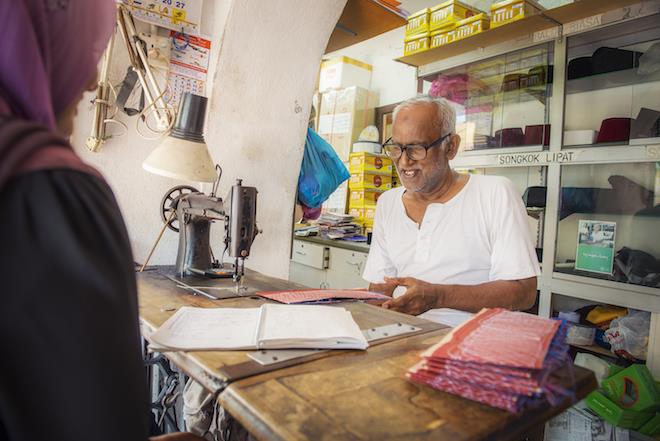