Penang’s colourful history as a meeting point bridging the East and West as well as Asia’s major civilisations is apparent in the island’s unique architecture that showcases a wide array of Malay, Chinese, Indian, Peranakan and European styles.

Fort Cornwallis is a reminder of George Town’s colonial past and was built on the site where Captain Francis Light of the East India Company set up SE Asia’s first British settlement. The star-shaped fort is open to the public and offers pleasant views of the island.

Across from the Fort are two well-preserved examples of colonial architecture in City Hall and Town Hall. 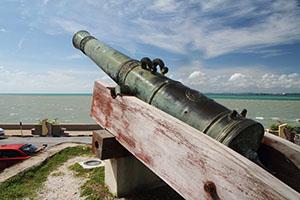 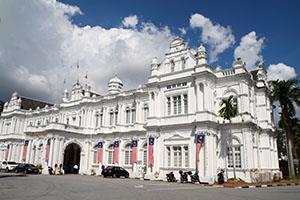 The beautiful Kapitan Keling Mosque with its distinctive Moorish features is situated in the heart of George Town’s Muslim Enclave and is also within walking distance of the historic Lebuh Acheh Mosque (Acheen Street Mosque). The Sri Mahamariamman Temple is the oldest Hindu temple in Penang and features an intricately decorated tower featuring Hindu deities.

There are plenty of traditional Chinese clan houses or Kongsis to be found in George Town including the famous Leong San Tong Khoo Kongsi and Cheah Kongsi, which are both masterpieces of southern Chinese architecture and craftsmanship. The Blue Mansion (Cheong Fatt Tze Mansion) belonged to Cheong Fatt Tze, who was regarded as the Rockefeller of the East. Today, this stunning mansion is open for guided tours and is also a boutique hotel. 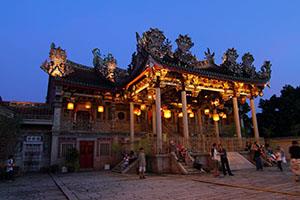 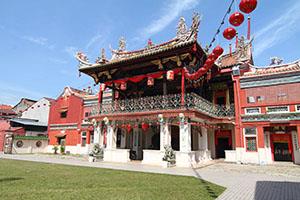 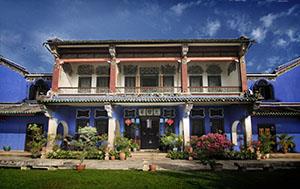