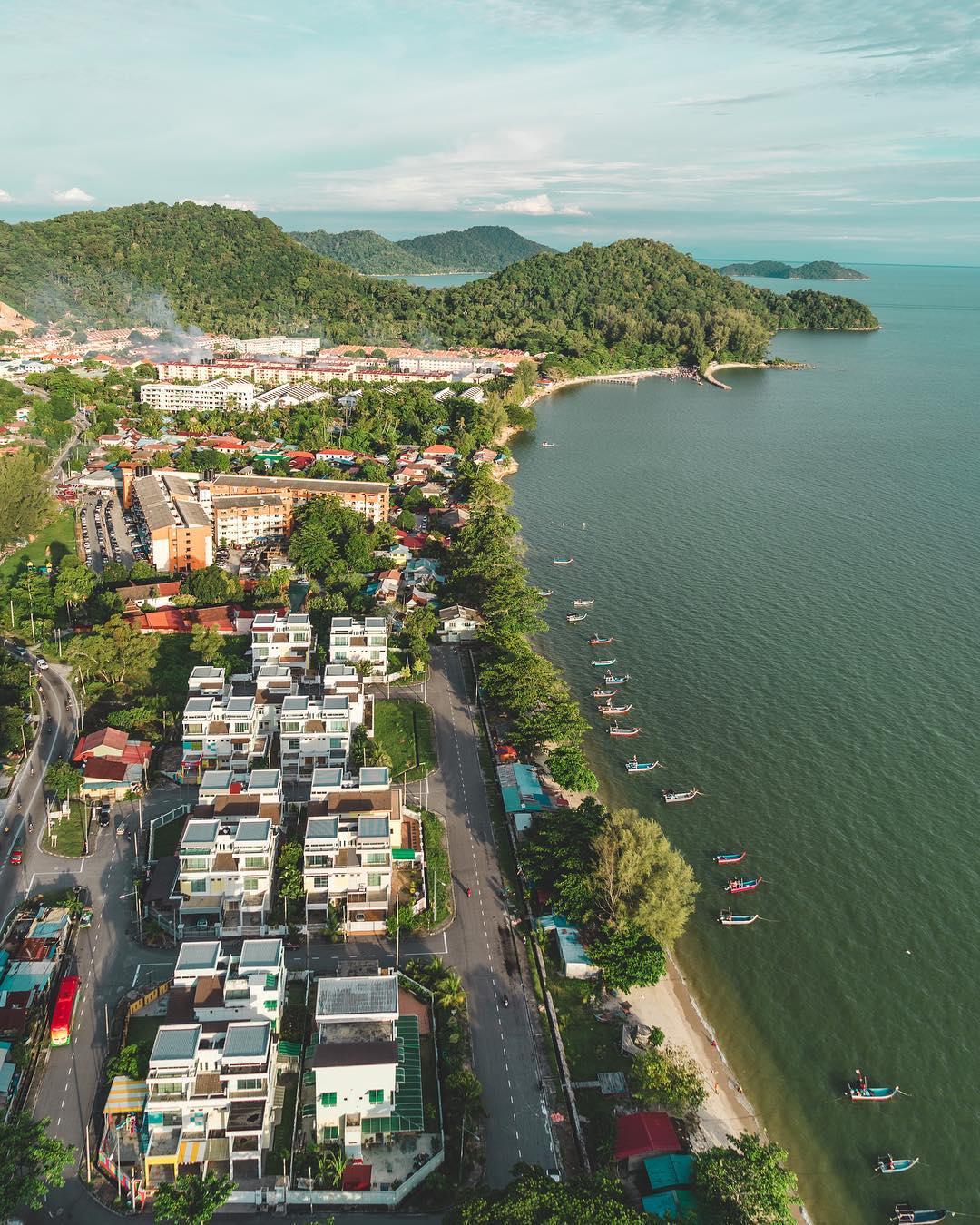 Away from the bustling George Town and just a short drive away from the Penang International Airport, Teluk Kumbar attracts travellers curious for a glimpse of the state's pre-war landscapes. Founded in the late 18th century by two Malay explorers, Nakhoda Sedin and Panglima Long, the fishermen community in Teluk Kumbar had steadfastly retained their culture and way of life, even when it was developed into a new township in the late 20th century[1]. Today, the town exudes a fascinating personality of its own, straddling the new and the old, with a luxury resort hotel and modern apartments towering over traditional zinc-roofed shophouses and quaint fishing boats. 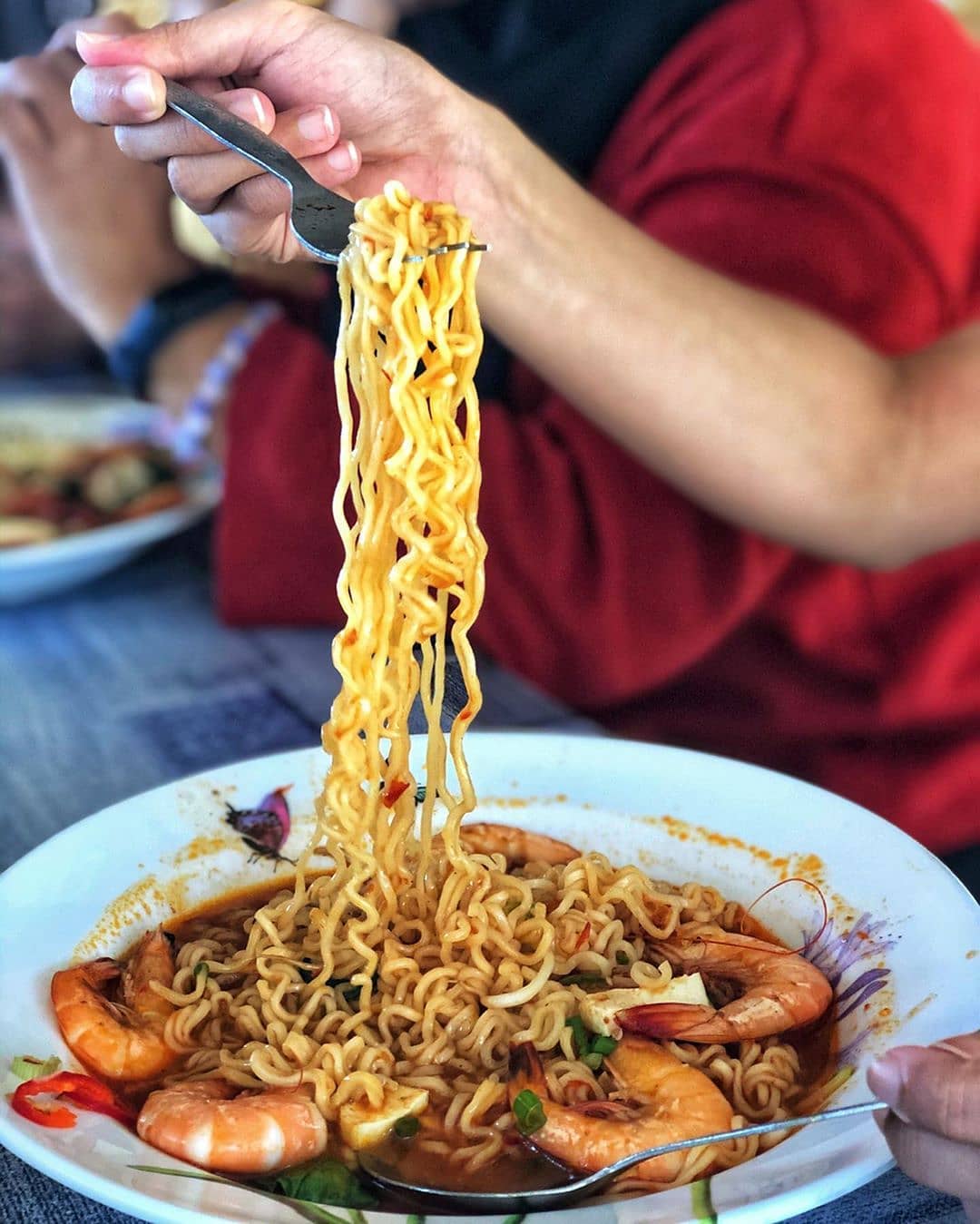 The town's charm lies in its fishing villages, a heritage shown not only in the lovely sampans dotting its shores, but also on the plates of the villages’ many seaside restaurants. Restaurants in Teluk Kumbar lure seafood-loving foodies with specialty dishes like Mee Udang, Ikan Bakar, and seafood chu char meals, focusing on using fresh produce from its fishing villages.

Mee Udang is a Malay noodle-dish topped with big fresh prawns in sourish tomato gravy while Ikan Bakar or grilled fish is fresh fish grilled in banana leaf, often splashed with bright orange chili marinade as it is grilled. The Chinese seafood restaurants, on the other hand, serve chur char style seafood meals consisting of rice with a few prepared on the spot wok-fried seafood dishes. 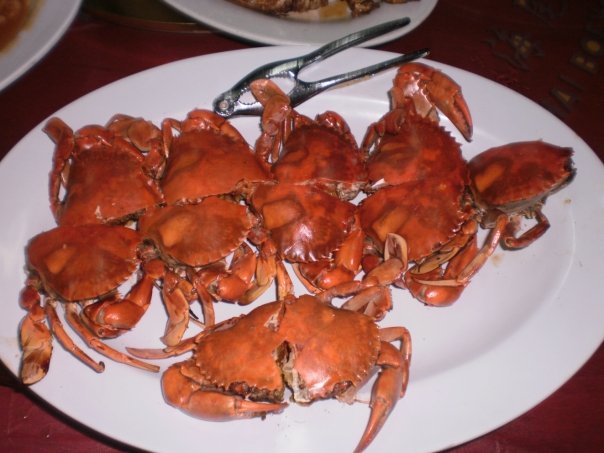 “If you ask people about Penang’s must-eat dishes, they will tell you Char Koay Teow, Nasi Kandar and Assam Laksa. Mainly because they are available everywhere in Penang.

“Mee Udang, Ikan Bakar and seafood chu char meals rarely get the mention because they are only available in fishing villages such as Teluk Kumbar.

“There are two reasons why local Penangites head to Teluk Kumbar for these lip-smacking dishes, which are the town’s fishing villages and its seaside restaurants. We know we can get  the freshest catch of the day along with unobstructed views of the Straits of Malacca. It’s also best to go early to catch the sunset and have a stroll after dinner,” says Jason Chee, a marketing communications assistant manager of a renowned hotel. 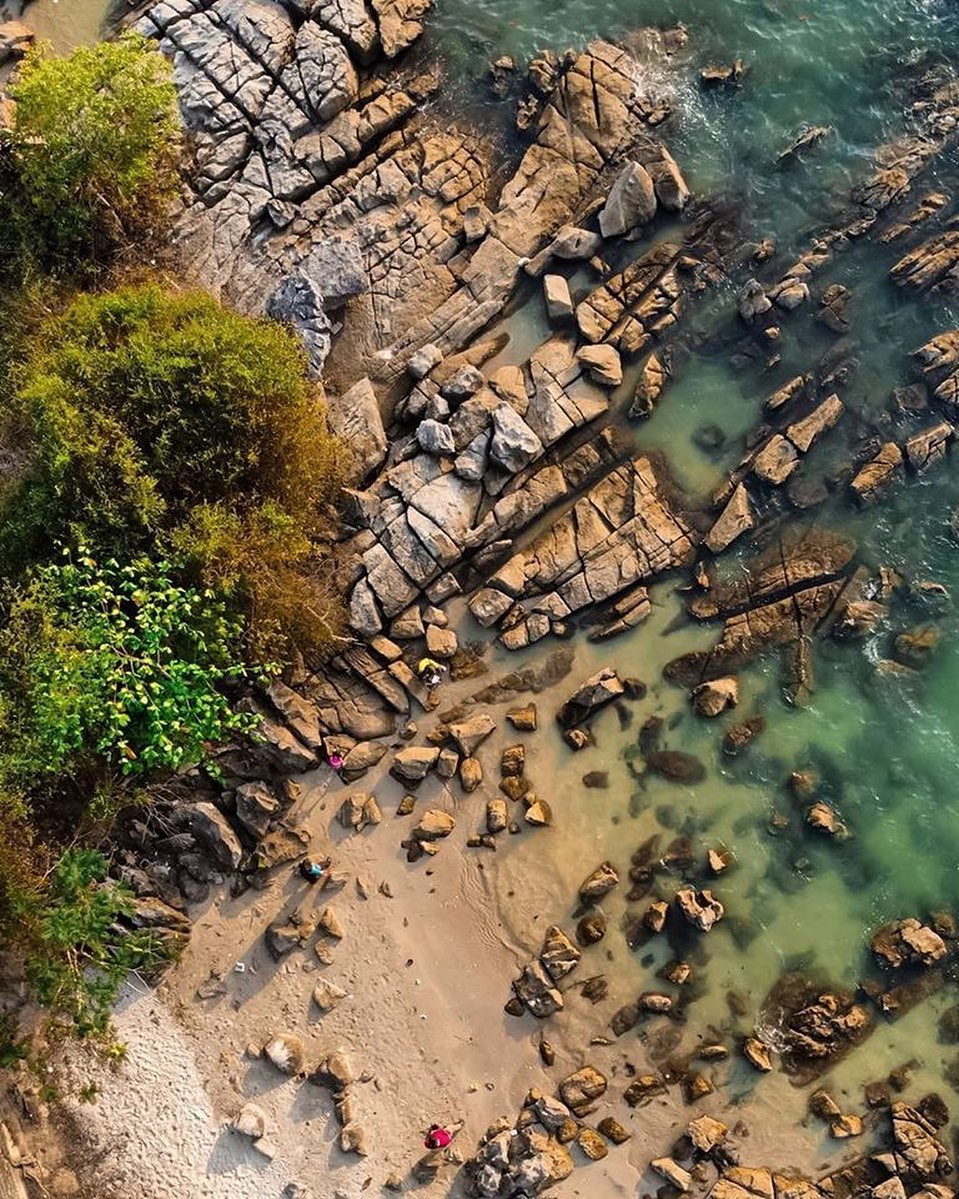 Teluk Kumbar boasts some of the most beautiful beaches in Penang, namely Teluk Bayu and Pantai Pasir Belanda. The beaches here are less crowded, perfect for a dash of fun in the sun. There are numerous seaside restaurants in these parts, so it's common to see locals taking a stroll after a delicious seafood feast. Teluk Bayu is especially famous with photographers. With rocky promontory meeting the emerald sea, and glimpses of green provided by swaying casuarina trees, Teluk Bayu is a spot perfect for the ‘Gram. 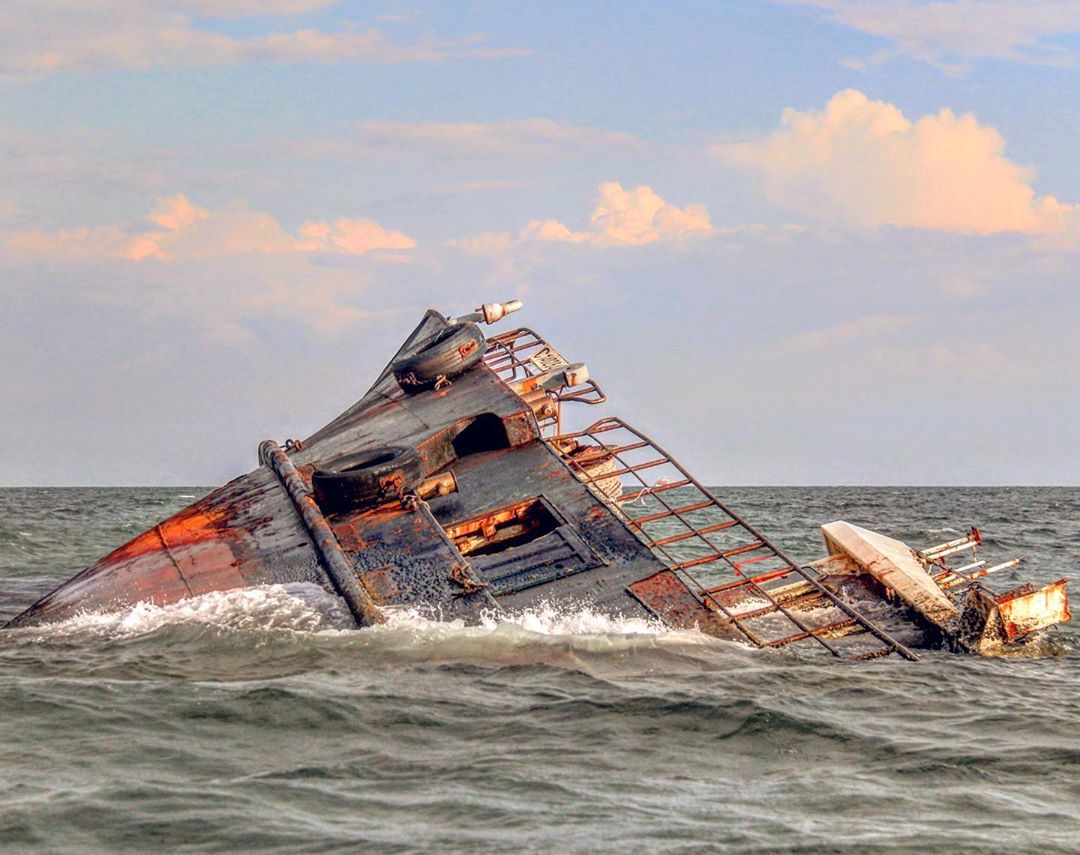 There are more than a dozen shipwrecks beneath the waves surrounding Penang, such as the Kuma, Haguro, and Chosa Maru warships from World War II. But some of the most exciting shipwrecks are those we know about—and can visit. Off the coast of Teluk Kumbar, lies the remains of the Xin Yi Yi shipwreck. The 43.6-meter Hong Kong vessel collided with a shipwreck (nicknamed Kapal Simen) in July 2018. The crew escaped, but the ship has been lying half-submerged on the seabed ever since, despite attempts to float the ill-fated ship. Today, the shipwreck is home to scores of marine life and can be seen from the beach off Permatang Damar Laut. To view it up close, take a boat ride organised by Lexis Suites Penang. "You expect to see faraway islets and sampans, but not a shipwreck. So I was so excited to see it up close,” says Timothy Tye, a Penang blogger. 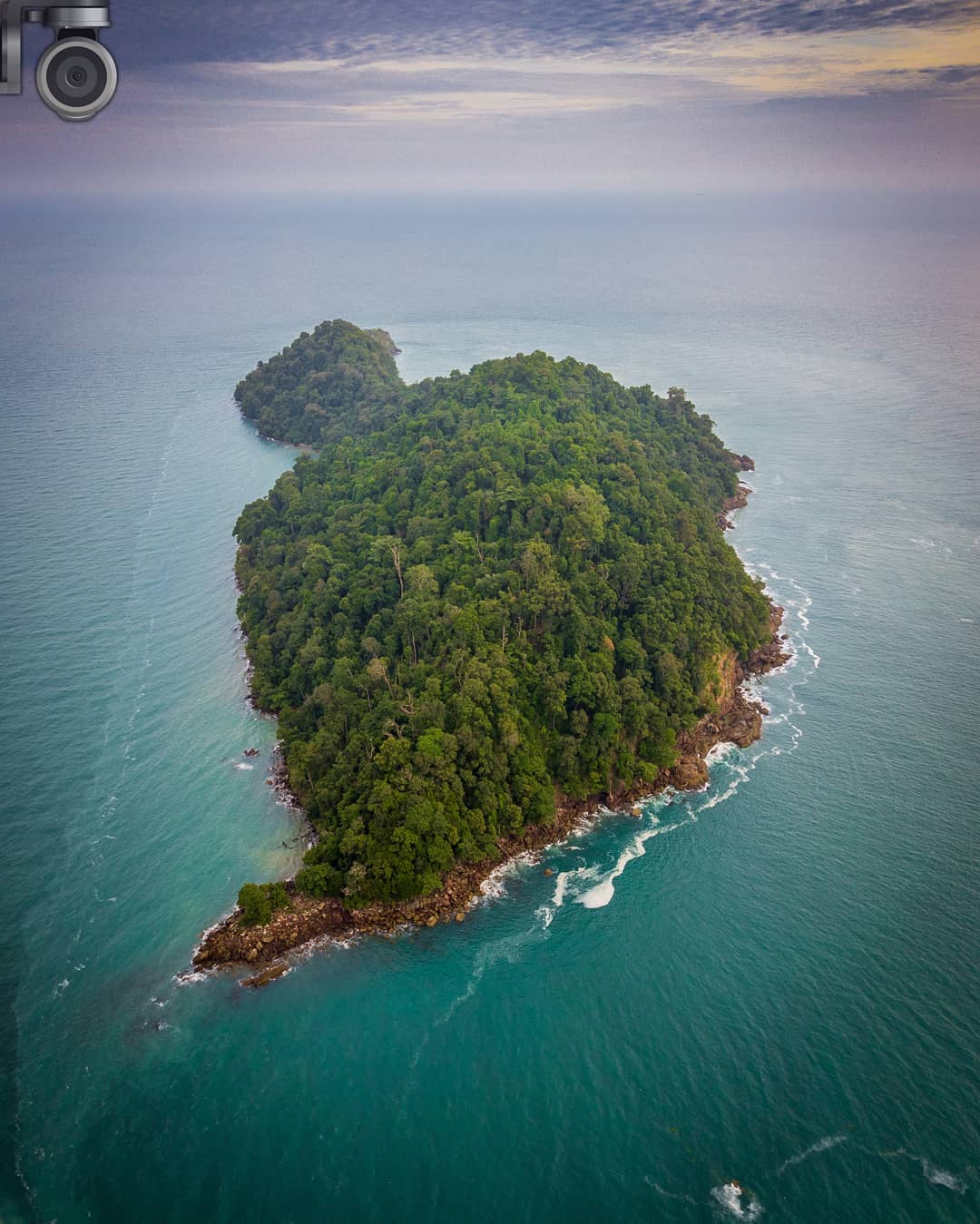 The name Pulau Kendi derives from the word "kendi" which means flask in Malay as the island resembles a flask lying on its side. Credit: @gimbalthecameraman (Instagram)

For those genuinely seeking to go off-grid, Pulau Kendi is the pinnacle of isolation –  the islet is uninhabited and untouched by development since time immemorial. This rocky and densely forested beauty sits just some 3.4 km from the southwestern tip of Penang Island and can be reached by boat. A long-established spot for recreational anglers, Pulau Kendi is gradually attracting a more active crowd. Outdoor enthusiasts can be seen paddleboarding off its pristine beaches and snorkeling through its reefs. 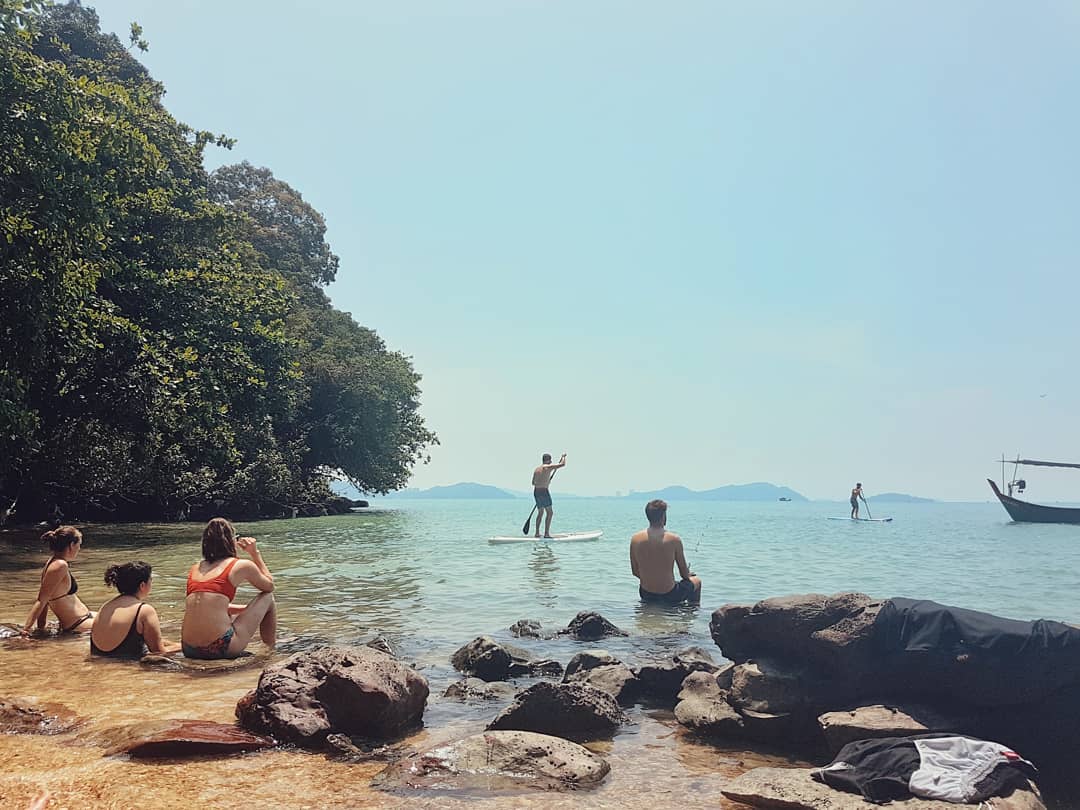 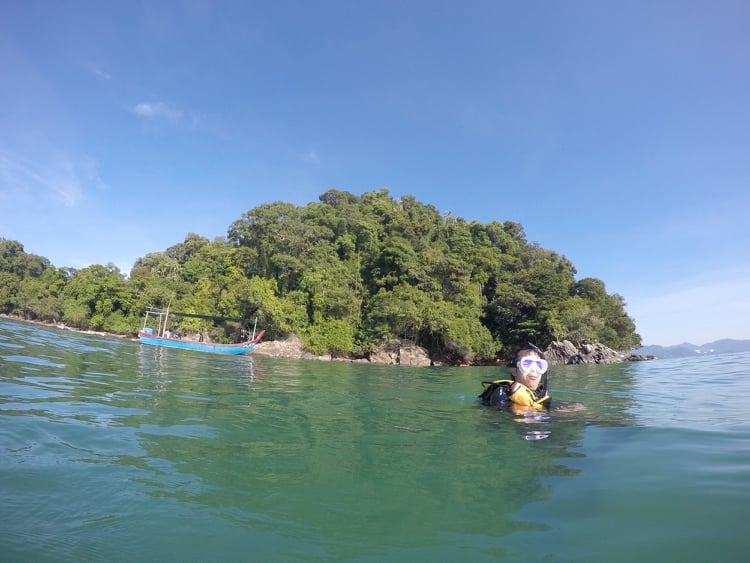 "We snorkeled in a cove and spotted live corals, marine fishes, crabs, and sea urchins. It's amazing," says Goh Teong Chye, a certified dive instructor who took a fishing boat with his team to the island recently.

"This slice of paradise is noticeably free of amenities and facilities, so visitors are advised to keep their phones fully charged, pack enough food and water and clean up after themselves to keep the island free of trash,” he says.

Travel reminder: Pulau Kendi is a remote area so visitors are advised to exercise extra precautions. 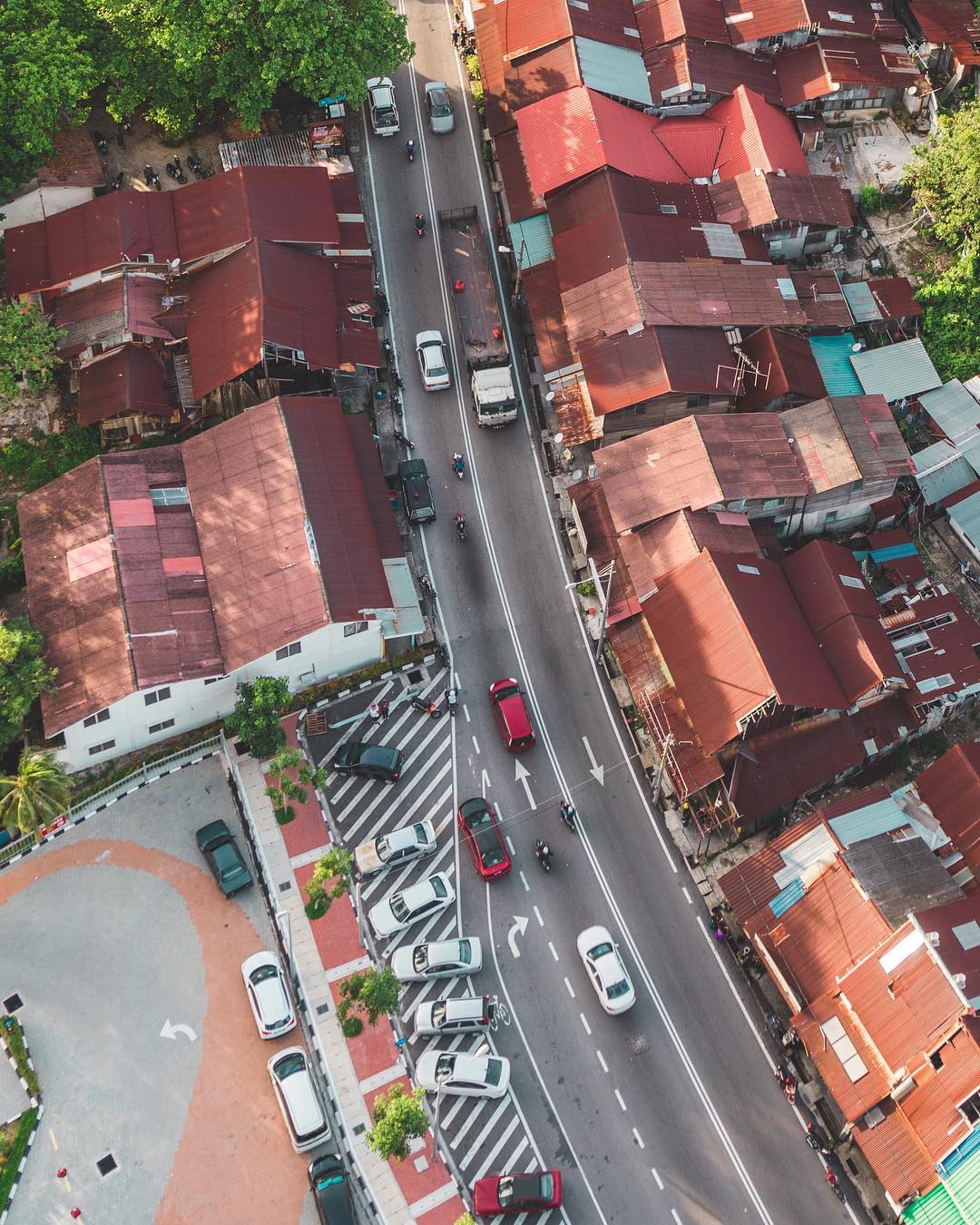 A walk through Pekan Teluk Kumbar is a step back into Penang's pre-war era. Visitors can take a walking tour along Jalan Teluk Kumbar and Jalan Gertak Sanggul to discover the old town and its heritage sites. The defunct Penang Yellow Bus depot next to the Lexis Suites Hotel is a good place to start. 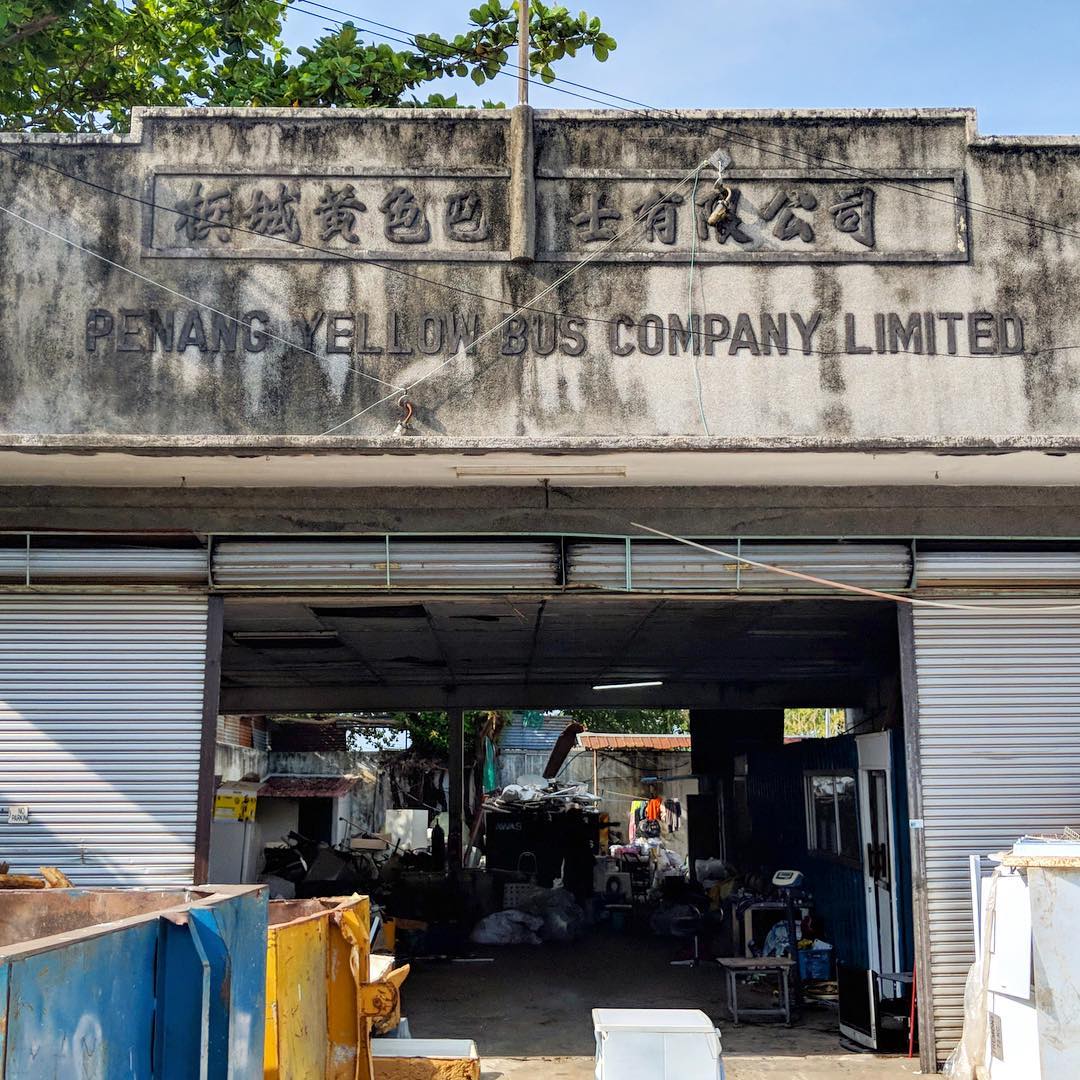 Back in the 60s, public buses were the backbone of Penang’s public transportation system, and Penang Yellow Bus was one of the private companies plying the southwestern route. The building shows influences of Art Deco style, indicating it was built sometime between 1930s to 1960s. Ceasing operation in 2004 after operating for over half a century, the building is currently used as a storage space of sorts. 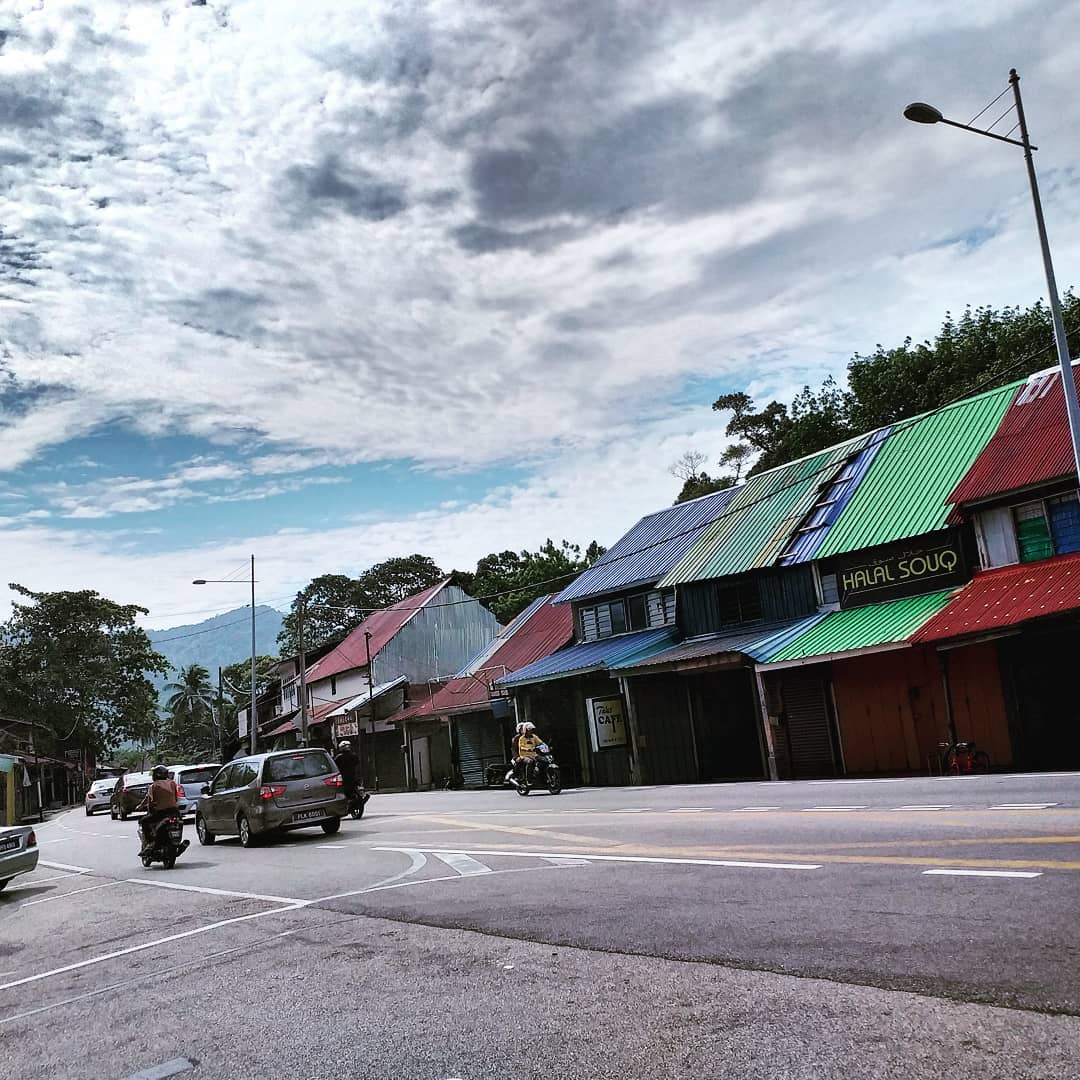 The century-old zinc-roofed shophouses, which line both sides of Jalan Teluk Kumbar, still maintain their original look-and-feel since the town was first founded in the 1880s. Motor workshops, grocery stores, and eateries currently occupy these rows of shophouses, which are said to be passed down from generation to generation. One of the eateries, Bee Ghah Coffeeshop, houses a 60-year-old nasi kandar stall.

“The coffeeshop is very famous for nasi lemak and coffee in the morning and nasi kandar in the afternoon. This kopitiam is operated by a Chinese owner with Malay tenants. I think it’s special because it shows the harmonious side of Teluk Kumbar,” says Jason Chee. 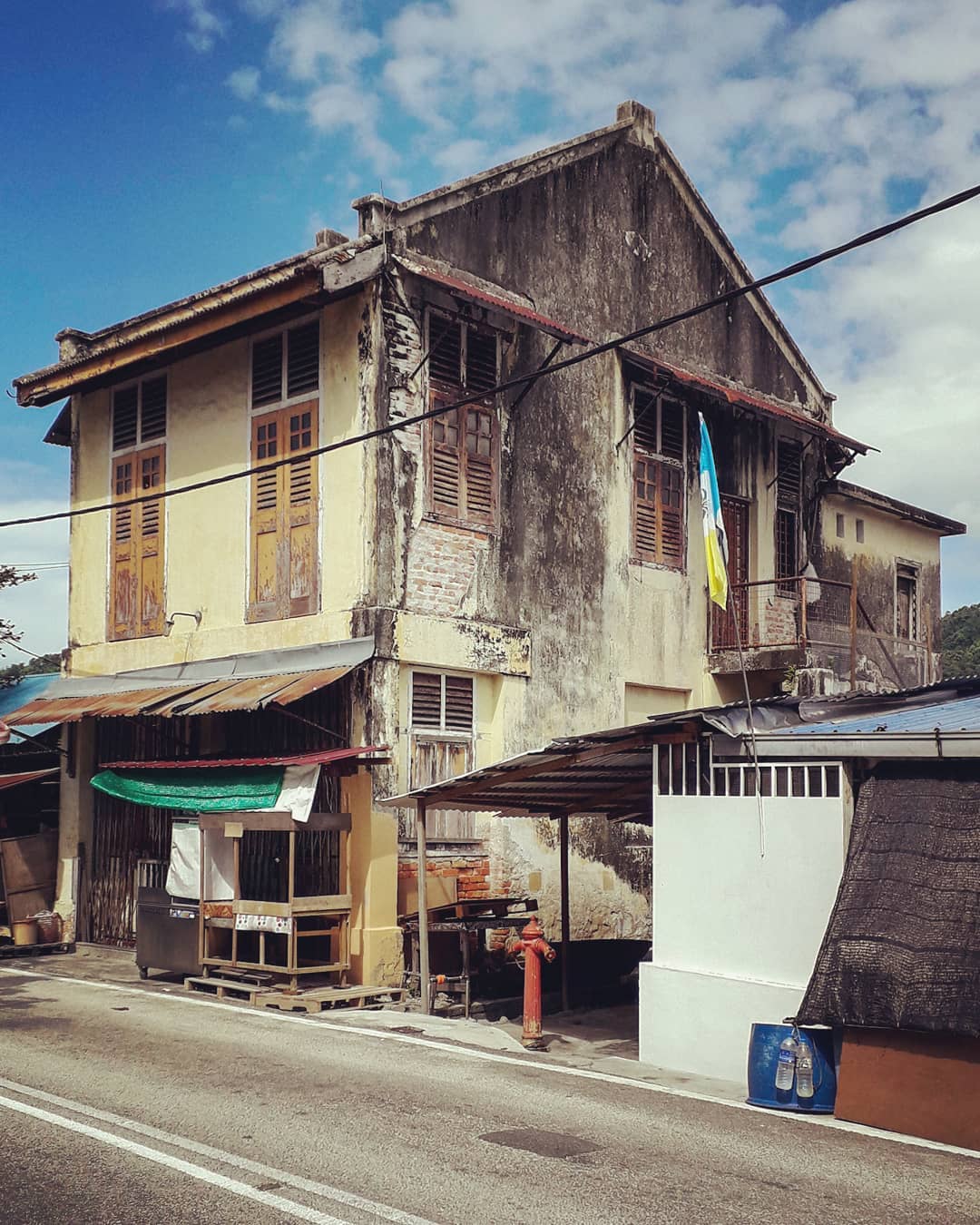 Continuing along the road and turning into Jalan Gertak Sanggul, visitors will find a heritage architecture believed to be the only one of its kind in the old town. It is designed in the Early Straits Eclectic style commonly built between 1890s-1910s, giving visitors a clue of when it was first built. According to local townsfolk, it used to be an opium den. Today, the shophouse is a neighbourhood sundry shop.

Due to its close proximity to the airport, Teluk Kumbar is a convenient spot to spend an additional day or two before flying home. Nestled in between Bayan Lepas to the east and Gertak Sanggul to the west, there are other nearby attractions in these parts for visitors looking to maximise their stay, too. Located just a short drive away from Pekan Teluk Kumbar, the Penang War Museum is reputed to be the largest war museum in Southeast Asia. Strategically located on top of Bukit Batu Maung, the former fort was initially a military fortress designed by the British in the 1930s, but unfortunately it was lost to the invading Japanese during World War II in 1942. The 19.36 acres military fortress has a magnificent 320-degree view of the sea around the island, to defend the Straits of Malacca from Japanese attack coming from the South channel. Visitors can explore tunnels, war exhibits and related artifacts such as a cannon-firing bay, anti-aircraft firing pits, sleeping quarters, a cookhouse, and a lockup within this former fort with a dark past. 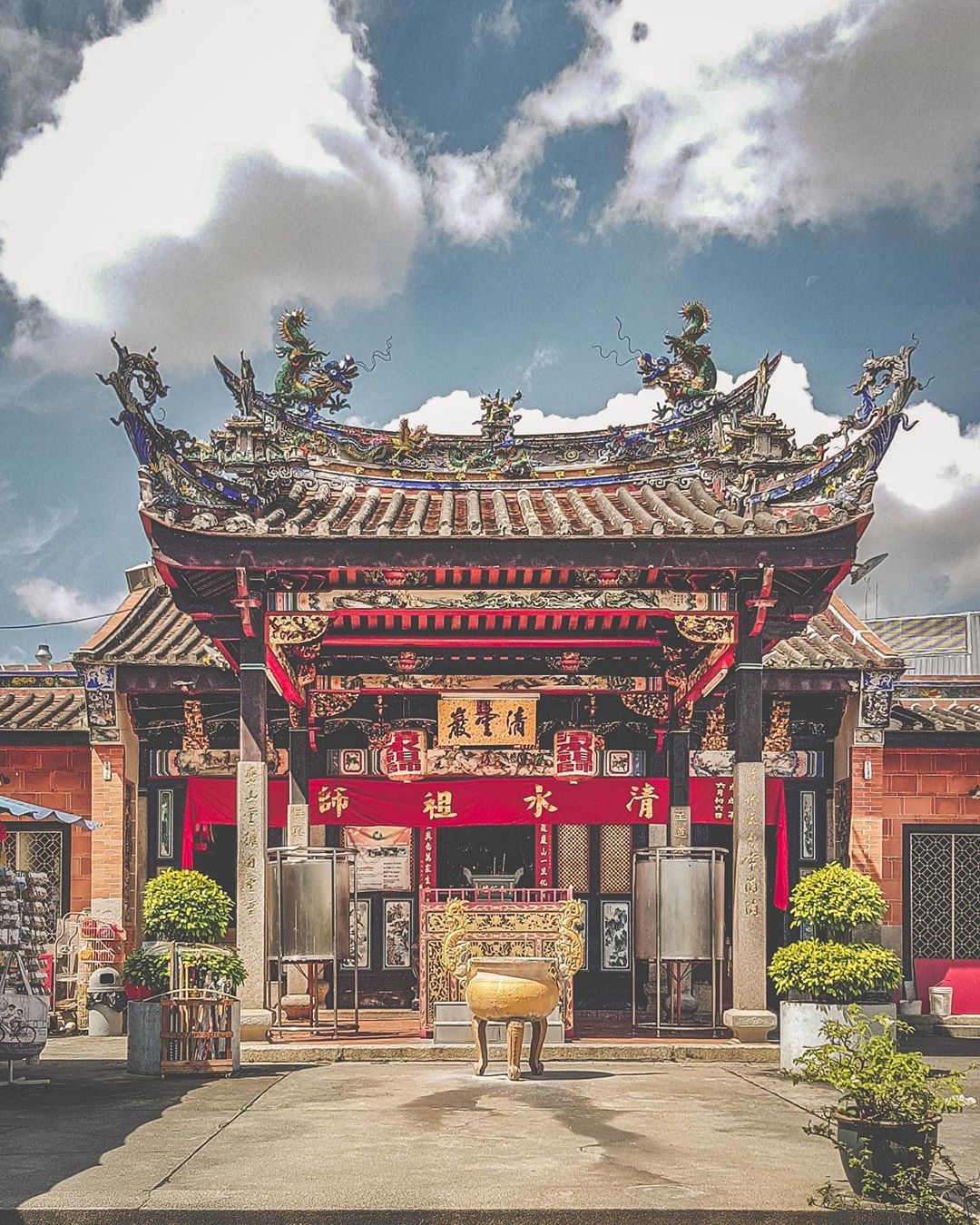 Another attraction worth visiting is the Penang Snake Temple. Also known as the Temple of the Azure Cloud, Snake Temple was built in 1850, dedicated to Chor Soo Kong, a Buddhist priest and healer who was known to give shelter to snakes. Legend has it upon completion of the temple, snakes began to appear within the temple on their own accord and was henceforth known as the Snake Temple. It has evolved from a humble attap shrine to a magnificent place of worship through major renovation works over the years. It was featured in the Amazing Race series and in the novel "The Gift of Rain", written by internationally acclaimed Penang-born author Tan Twan Eng. The late Anthony Bourdain was also here when he visited Penang to film his show “No Reservations”.