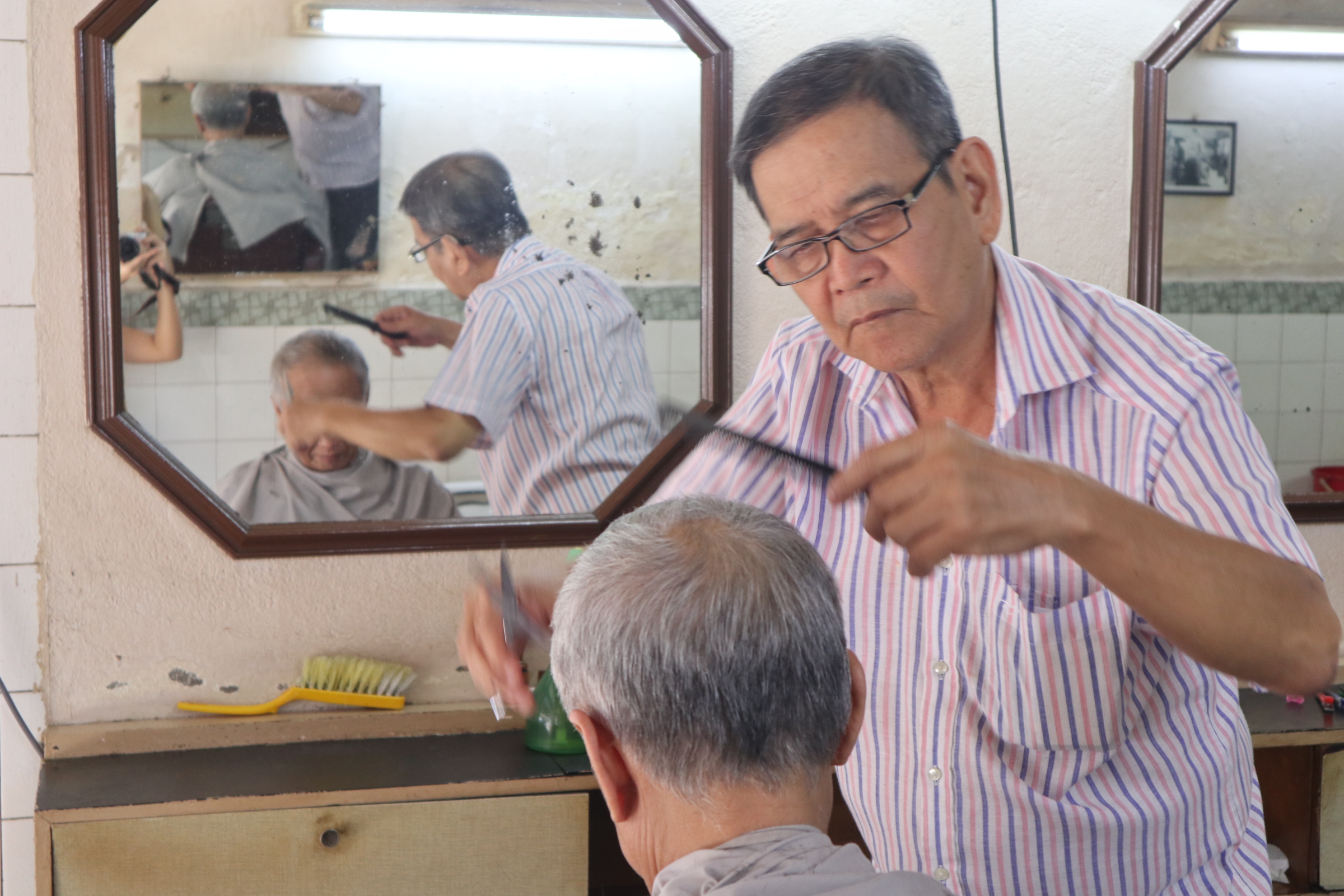 Uncle Ling giving one of his long time clients a haircut.

Ling Chew Chin, fondly known as Uncle Ling, is a traditional Chinese barber at Jalan Hutton. His vintage shop, Huang Koong Barber Shop, had been operating in the same old pre-war shophouse since 1968.

Now in his 70s, Uncle Ling picked up the trade when he was just 13 years old. “Back then, all Chinese barbers were known for two things: the gentlemen’s crew cut and ear cleaning. We used hydrogen peroxide to soak the ear and then used a woolen ear pick to get rid of the ear wax. Any Chinese barber worth his salt was able to clean ears.

“It’s quite addictive too. Some of my customers would come back just to get their ears cleaned. They said their ears get itchy if I didn’t clean them,” says Uncle Ling.

Uncle Ling’s hearing is not as good anymore, too. Customers sometimes need to speak louder to him which prompted his daughter, Ling Boon Yen, to digitise his business.

Huang Koong Barber Shop is located in between the phone shop and blue building.

“I work in Kuala Lumpur, so I am not always around to explain to customers that he’s hard of hearing. I started a Facebook page for his shop to notify new customers to speak loudly and clearly to him,” says Boon Yen.

Business has picked up since, though. The shop has been getting customers from all walks of life – foreigners from Japan, Korea and Australia and out-of-state visitors.

Uncle Ling does not speak foreign languages, so nonverbal communication is often used. “There’s a phrase Hokkien people use to describe situations such as this: chicken and duck talk. They gesticulate to show me what they want and I show them the OK sign or simply nod. 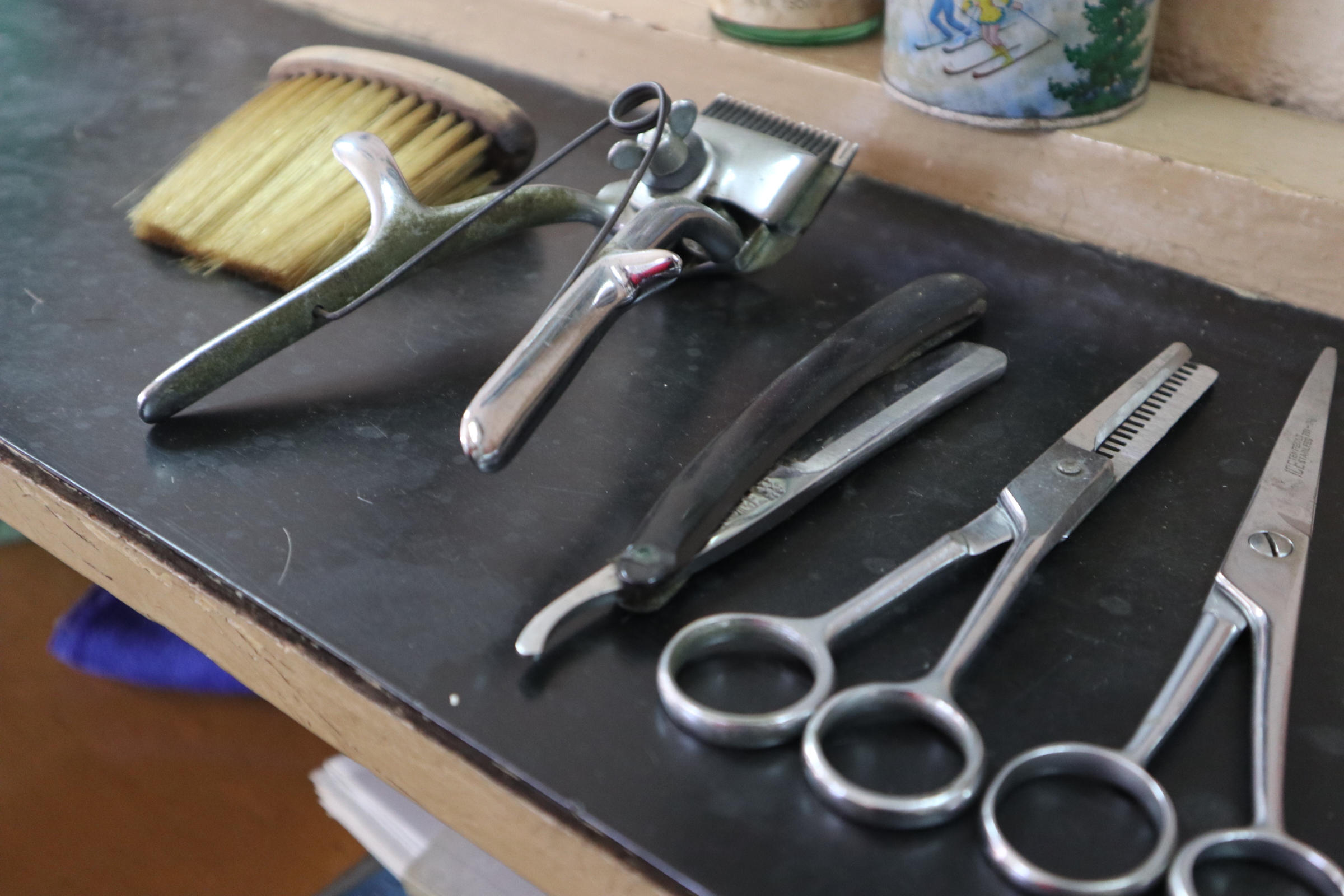 Tools of the trade.

According to Uncle Ling, most new customers want to experience traditional cut-and-snip in a retro atmosphere. Except for the air conditioner which was installed in the 90’s and the electric shaver, nothing has changed here since the 60’s. The same barber chair and the same brand of talcum powder are still being used. Small details of yesteryear still exist in the shop such as the countertop, switches and water heater. 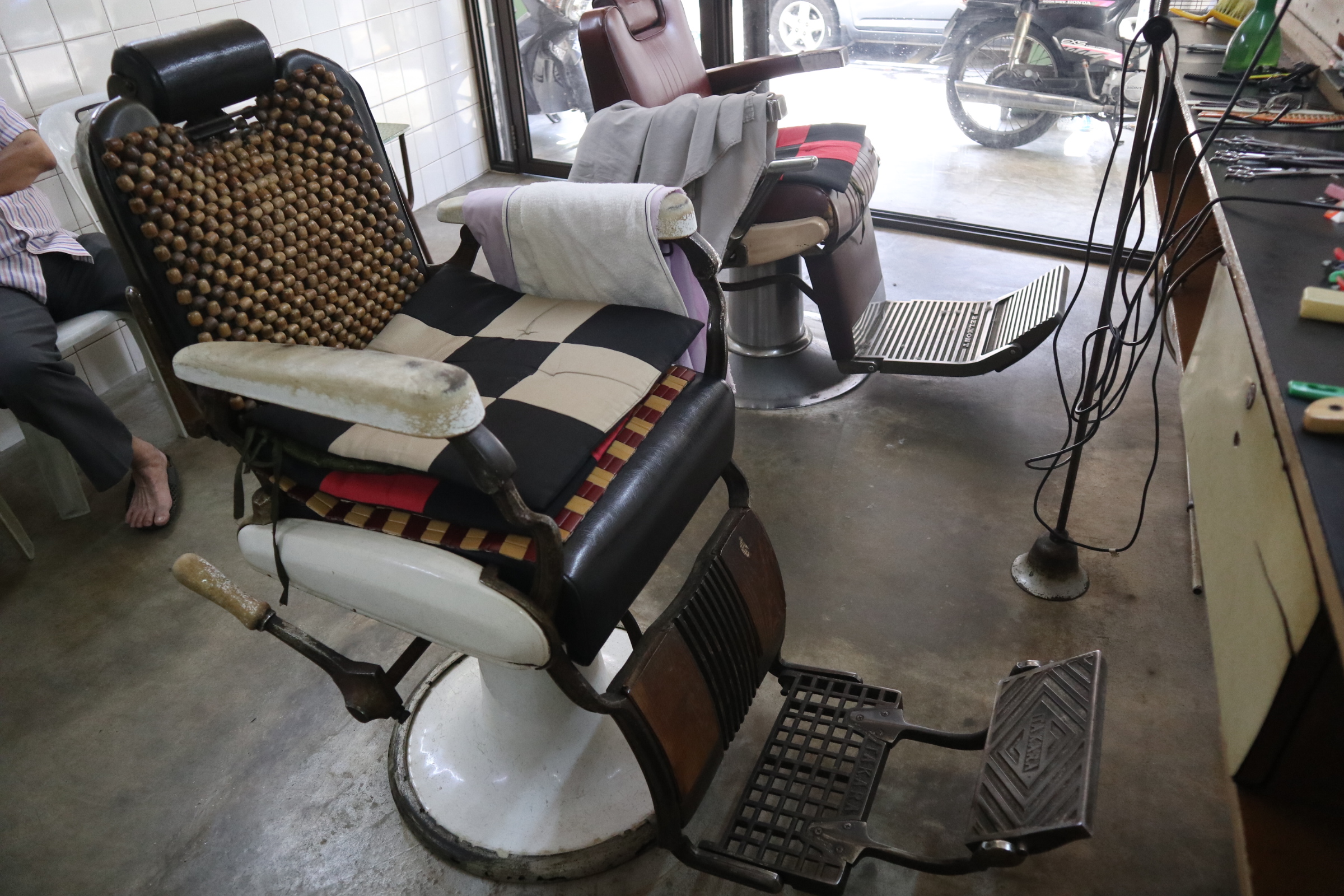 The barber chair from the 60’s.

Uncle Ling has a great sense of humour. When asked what was his favourite cut, he said “Botak! I was happy when I was called to shave the heads of the extras who were hired as monks in the movie Anna and the King,” says Uncle Ling. Botak is a local term for bald. 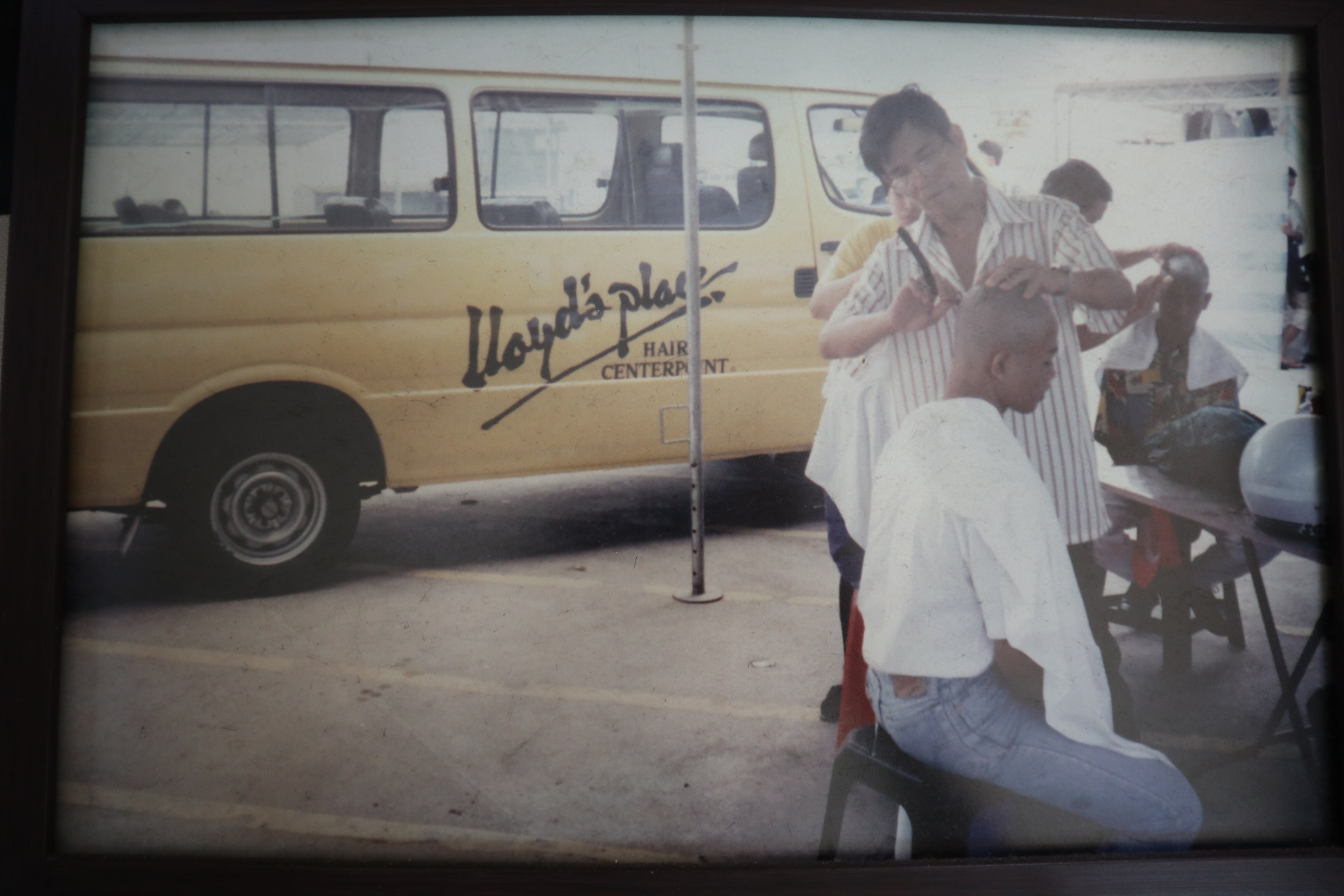 Uncle Ling was one of the on-site barbers for the extras in the movie Anna and the King.The production was shooting in Weld Quay.

This humble barber shop has important clients, too. Penang’s Chief Minister, Chow Kon Yeow, has been a regular customer since the 90’s. “He has been coming in for his haircut ever since he was Lim Kit Siang’s staff because his office was nearby.

“It has been close to 30 years now. You know, I have been cutting his hair even before he got married. Now, he drops by with his children!” says Uncle Ling. 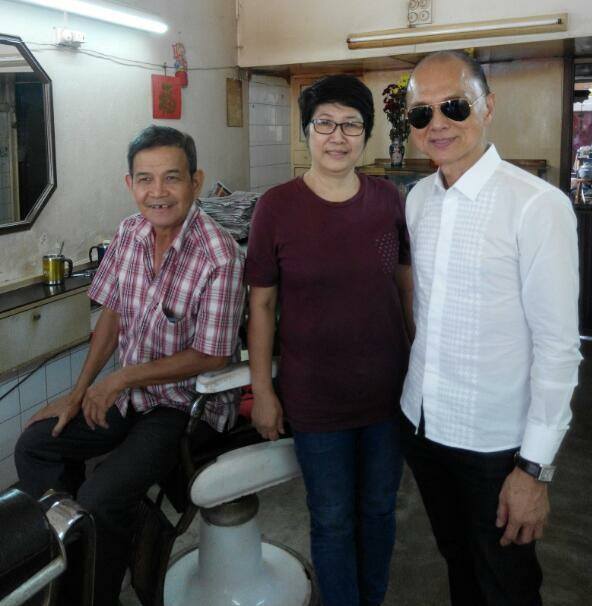 Uncle Ling has one pet peeve: beards. “Chinese men generally are not hairy; we can’t grow beards even if we wanted to. So when foreign customers want a shave, I will usually ask them to go to an Indian barber instead. It is better to get a shave from Indian barbers as they are used to shaving thick beards,” he says. 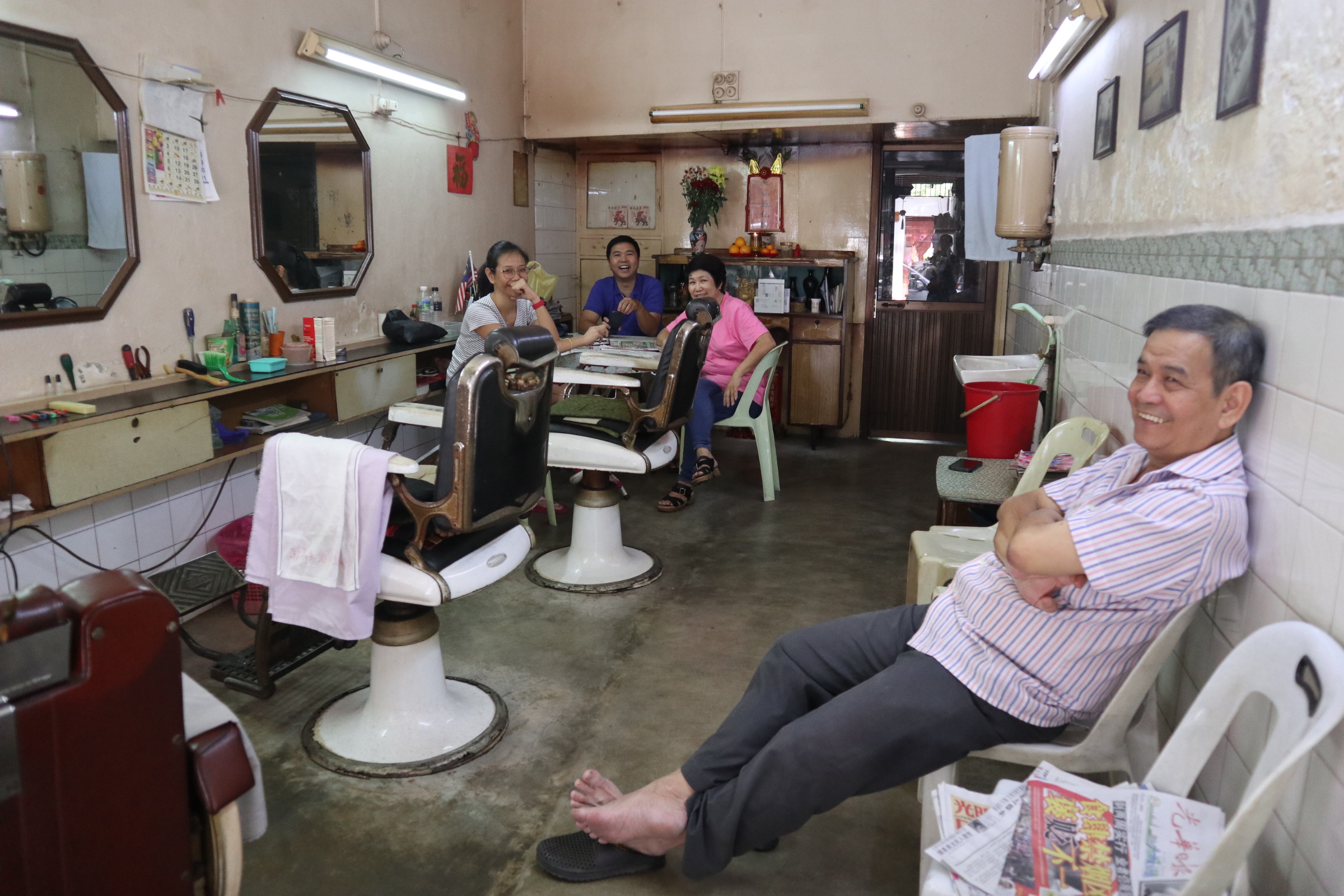 This pre-war shophouse too has been a home to Uncle Ling’s family.

Moving forward, Uncle Ling wishes to spend his remaining days in his shop. “It has been our home. My three children grew up here. My wife and I still stay here at the back of the shop and upstairs. I can’t foresee a life away from familiar faces. My neighbours are people I have seen since we were little children,” says Uncle Ling.

Find Huang Koong Barber Shop at 76B, Jalan Hutton. The vintage barber shop is open from Mondays to Saturdays, 10am to 7pm, and can be contacted at +6012 489 8651 or huangkoong@gmail.com. Visit their Facebook page for details.