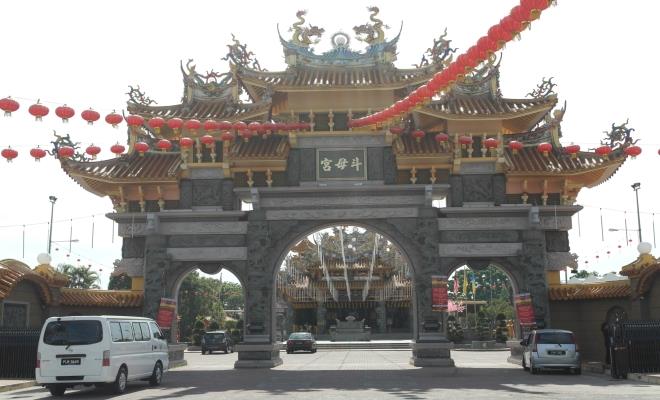 The Nine Emperor Gods Temple is one of the largest temples in Butterworth. Dedicated to the Nine Emperor Gods of Taoist mores, it has gone through several makeovers over the years. It started out as a shrine on a rented plot of land in 1971. The current temple with magnificent architecture was completed in year 2000, at a cost of RM7 million.